A strong team of industry experts.

Tackling the world's toughest resource challenges is the shared purpose that connects us as an organization - and transcends the bottom-line. 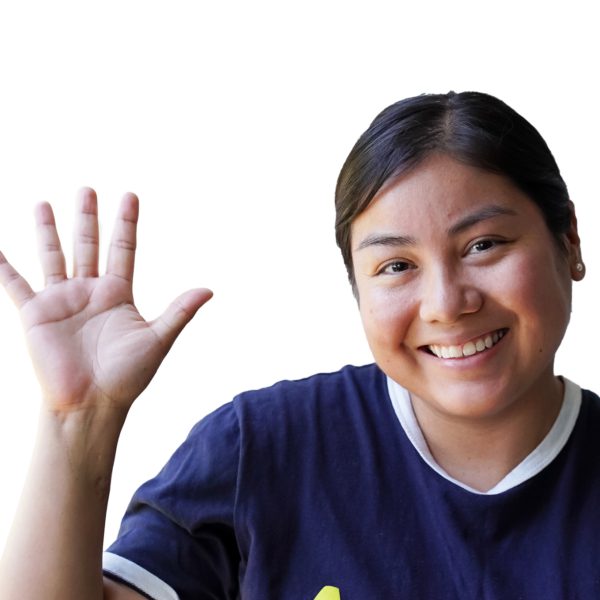 As the Volunteer Program Specialist for Ecology Action, Adriana oversees all the recruiting, training, retaining of existing volunteers and selection of individuals who demonstrate a commitment to the unique mission and values of Ecology Action.

Adriana graduated from CSUS with a BS in Environmental Studies. Adriana enjoys spending time outdoors and being adventurous. 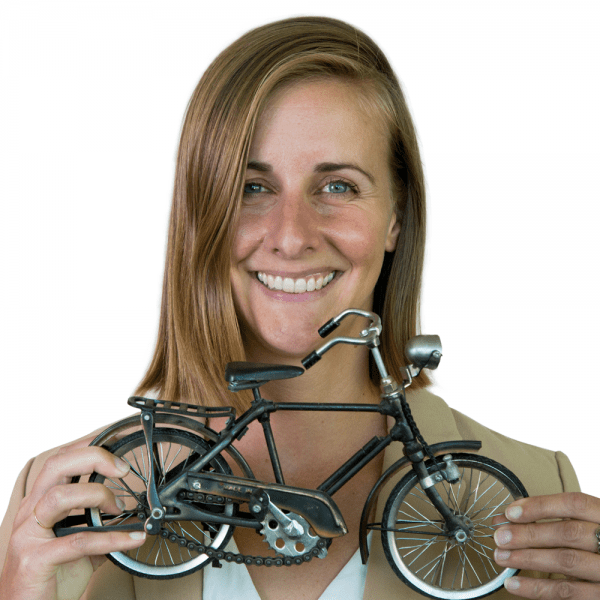 As the lead for Ecology Action’s Planning team, Amelia works in partnership with public agencies to produce Active Transportation Plans and Safe Routes to Schools Plans, which include recommendations for new infrastructure and programs to make it easier and safer to walk and ride bicycles for daily trips. As of 2022 Amelia had completed five plans for jurisdictions in Santa Cruz and Monterey Counties. Amelia is a graduate of the University of Washington and holds a BA in Community, Environment, and Planning. 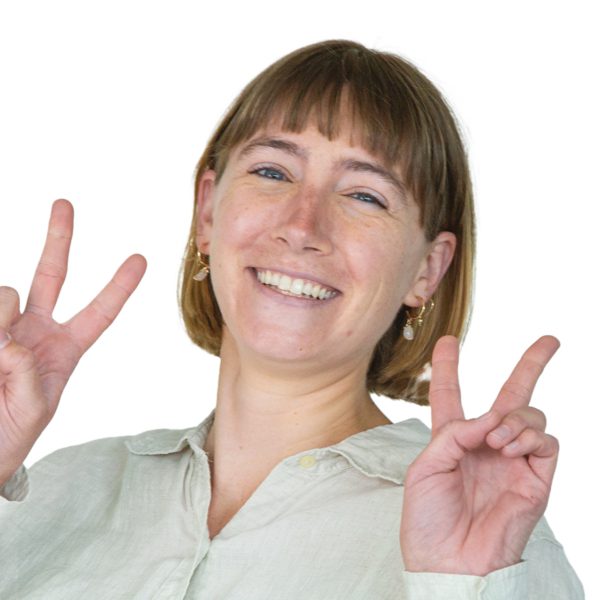 As a program coordinator for youth programs, Stassya schedules, coordinates, and implements the Bike and Walk Smart programs in schools across Santa Cruz, Monterey, and Santa Clara Counties. She loves to teach youth how to navigate their communities by bike and on foot safely. Stassya is a graduate of UC Santa Cruz with a BA in Environmental Studies and a BA in Anthropology. 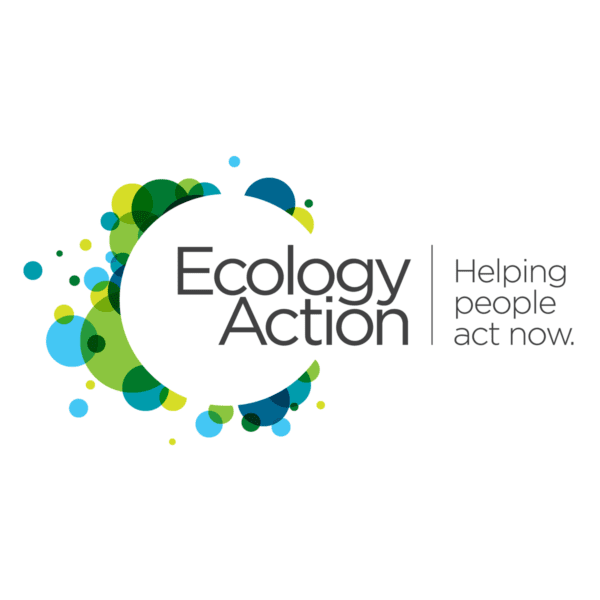 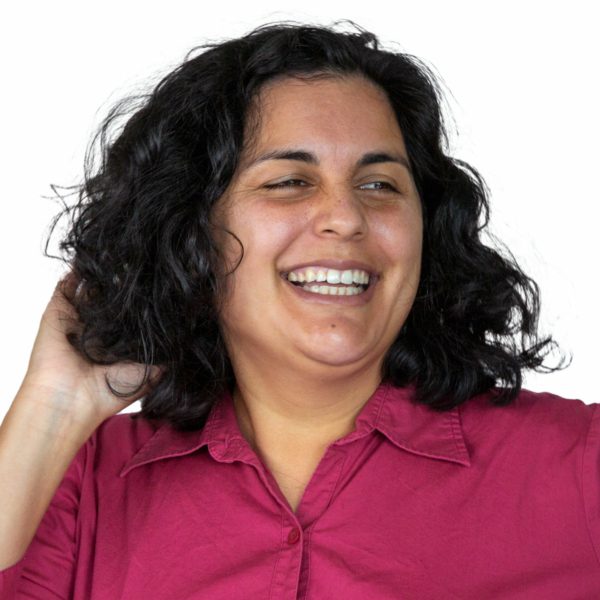 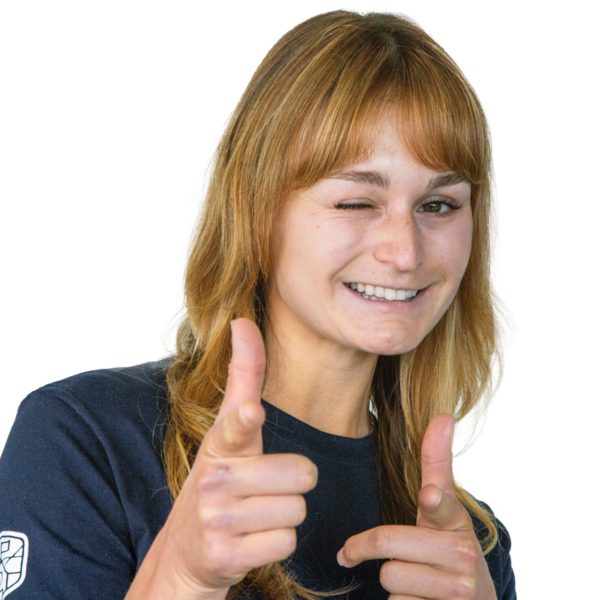 As a Program Coordinator and Youth Educator for Ecology Action’s youth programs, Callie plans and implements pedestrian and bicycle safety education as well as environmental education. Callie enjoys giving presentations, running Bike Rodeos, and collaborating with other community program staff. Callie is a graduate of UC Santa Cruz and holds a BA in Psychology and Education. She commutes to work on her bike and enjoys gardening, rollerblading, and making jewelry in her free time. 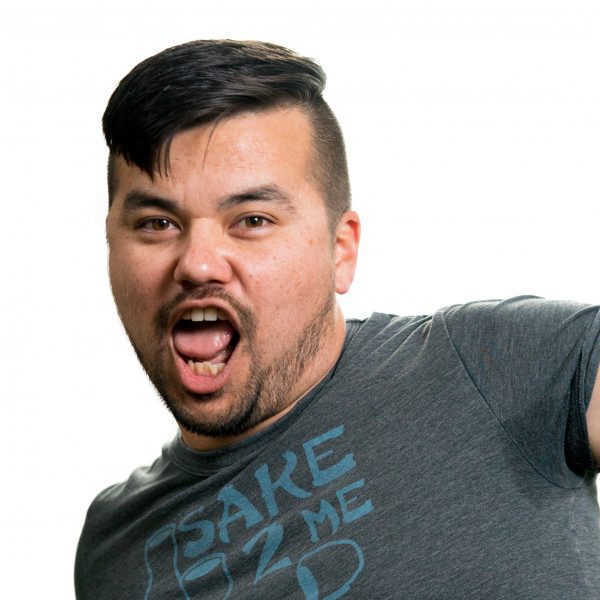 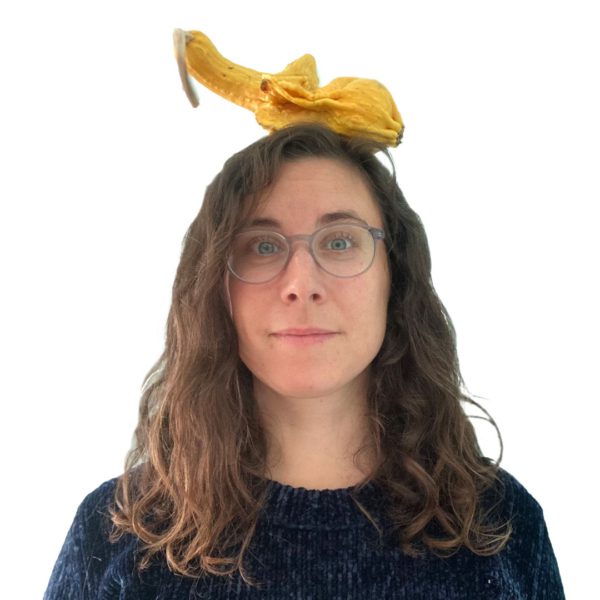 As a Program Specialist, Emily engages Central Coast residents with household actions they can take to reduce carbon emissions and increase community resilience to climate change, and she manages a regional action-tracking web platform. Emily graduated from Oberlin college with a BA in studio art, and from Scripps Institution of Oceanography with a masters in marine biodiversity and conservation. 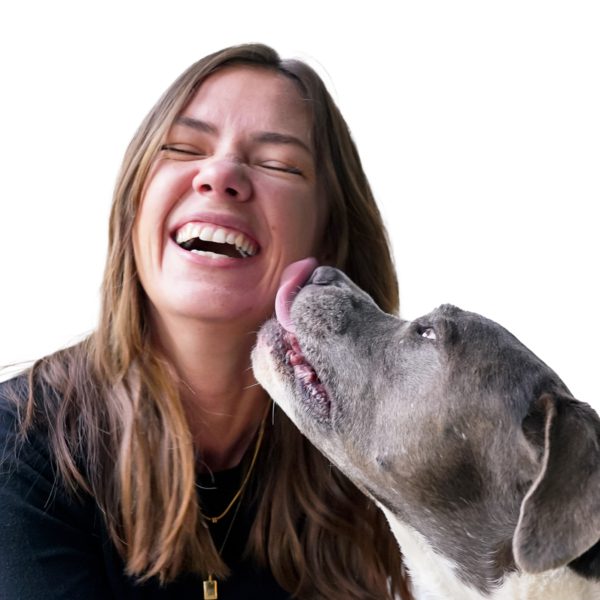 As the Grants and Development Specialist, Emily supports fundraising for the Community Programs teams which advance climate solutions for individuals and communities in sustainable transportation, water conservation and climate action. Emily focuses on securing grants and expanding the individual donor base to ensure Ecology Action’s initiatives have the long-term funds to continue making a positive impact. Emily is a graduate of UC Berkeley with a BA in Global Studies with an Economic Development emphasis. 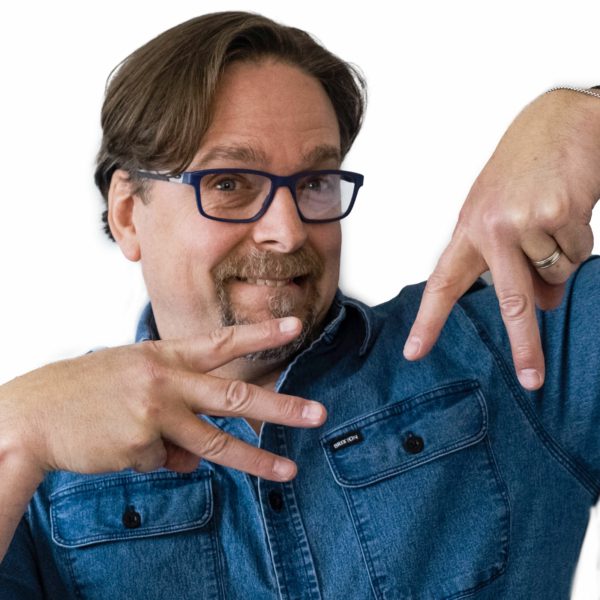 As Community Programs Operations Director, Jamie supports the health and wellbeing of the Community Programs leadership and teams in our collective work to provide positive and impactful climate action pathways for our region’s communities while supporting the team’s strategic vision to expand program services and areas served. His portfolio includes planning, electric vehicles, water conservation, adult bike programming, youth programming, and the Community Action Campaign. Jamie holds a graduate degree in Marine, Estuarine & Environmental Sciences with an emphasis in ethology. 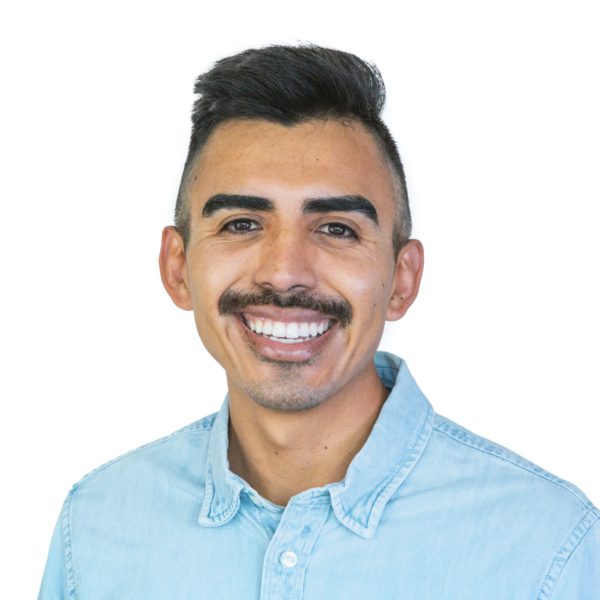 As a Program Specialist for Ecology Action’s Safe Routes to School team, Juan leads program coordinators, oversees the implementation of youth programming for Santa Cruz County, and is the lead organizer for the county’s Bike and Walk to School Days. Juan graduated from UC Davis, majoring in Neurobiology with an Education minor. After graduating, he moved back to his hometown Santa Cruz and loves that he can make a difference in his community through education and encouragement programs.

As a Construction Project Manager in the Construction Services Division of Taper, Koralie manages subcontractor scopes and schedules to implement energy saving work in grocery stores throughout California and the Pacific Northwest. This work includes refrigeration case modifications such as component cleaning, modification, and the addition of case doors to drastically reduce the electrical load and carbon impact. Prior to joining Ecology Action and Taper, Koralie worked for 17 years in the Solar Industry and brings her construction management and technical expertise to the team. 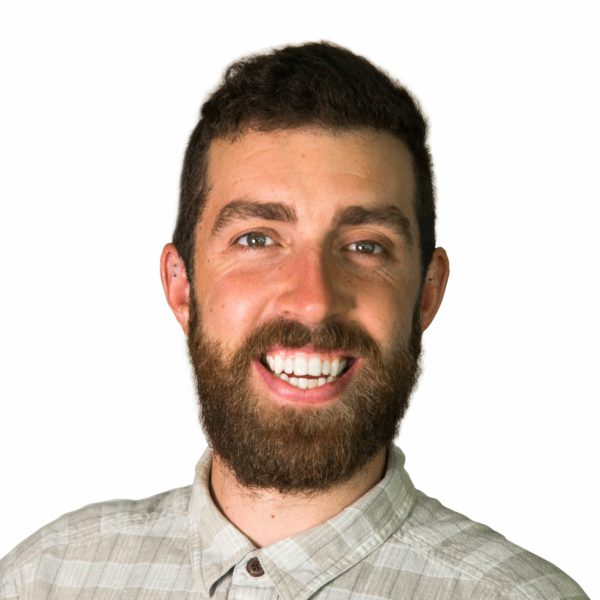 As Sr. Program Specialist for Ecology Action’s adult bike team, Matt manages, plans and implements a suite of programs designed to promote and support biking for everyday trips in Santa Cruz County. These programs include Bike Month, UCSC – Slugbikelife, EA Sustainable Transportation Membership, Go Santa Cruz E-Bike Rebate Program, and bike commuter workshops with the City of Santa Cruz and the Regional Transportation Commission.
Matt is a graduate of UC Santa Cruz and holds a BA in Environmental Studies, with an emphasis in natural history and environmental education. 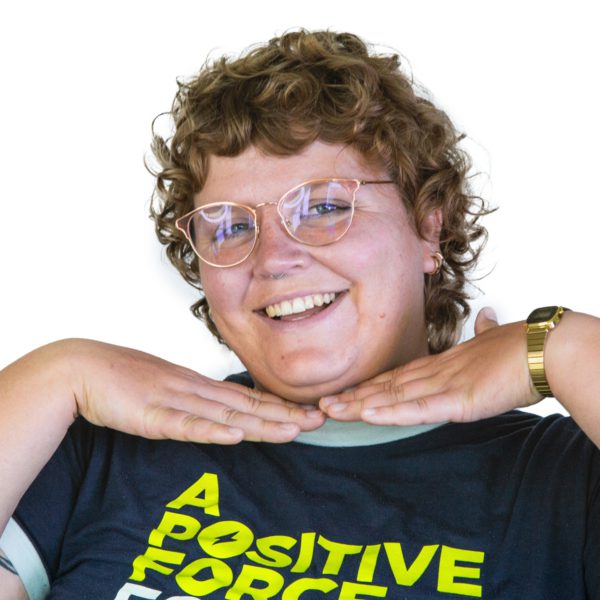 As a Program Coordinator for Ecology Action’s youth programs team, McKenna conducts school outreach to bring pedestrian and bike safety education to schools throughout Santa Cruz, Monterey, and the Bay Area. She loves teaching kids how to ride a bike and explore their communities through active transportation. McKenna holds a BA in Urban and Environmental Policy with a minor in Public Health.

Mimi is proud to support her local community with the Monterey County Team for our community programs as a school coordinator and Program Coordinator II. Mimi works as an educator for both the Bike and Walk Smart programs, teaching 5th graders bike safety rules and skills and 2nd graders how to walk safely on our streets. These programs aim to reduce emissions by preparing our youth to find alternative modes of transportation for a healthier future. Mimi is an alumni of CSU Long Beach and holds a BA in Communication Studies. 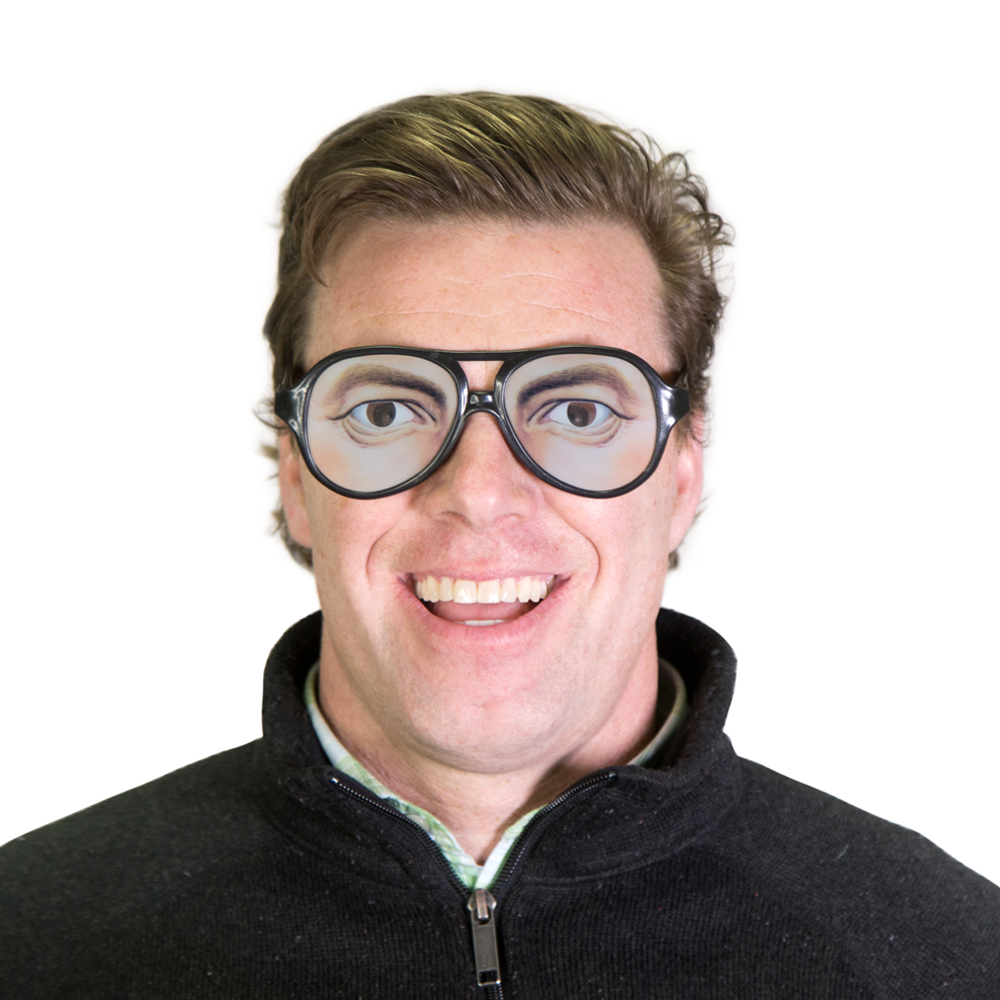 Director of Programs and Collaboration

After studying Communication at the University of Arizona, Peter began his career as a rock climbing and whitewater instructor for Outward Bound in the Northwoods of Maine. Peter became Outward Bound’s Operations Manager and later pursued a Master’s degree in Resource Management from Antioch University. Following Antioch, Peter became the Pollution Prevention Manager for the state of Maine. At Maine’s Department of Environmental Protection Peter developed sustainability programs for dozens of business sectors including starting one of the nation’s first green hotel programs (over 200 businesses in Maine participating). The success of the model used for Maine’s hotels prompted the Sustainability Manager from Hannaford, New England’s largest grocery chain to inquire if the methodology could work for grocery stores. After a successful implementation for Hannaford, Peter joined Manomet, a sustainability non-profit and founded the Grocery Stewardship Certification (GSC) Program in 2012. The GSC became a nationwide sustainability platform for the grocery sector with more than 1,000 grocery stores from 15 chains (including Ahold Delhaize, Whole Foods, Albertsons, Sprouts, HEB, Hy-Vee, Brookshire Brothers, Shop and Save) applying store-level sustainability improvements that reduce operating costs. Peter has facilitated the process of establishing sustainability strategies for companies such as L.L. Bean, Bowdoin College, Sunday River, and Easter Funding. Peter is ISO 14001 Lead Auditor certified, Commercial Energy Auditor trained, Building Operator Certified, and Hazardous Waste Operations certified. Peter teaches as adjunct faculty for Antioch University, Tufts University, and the University of Maine. 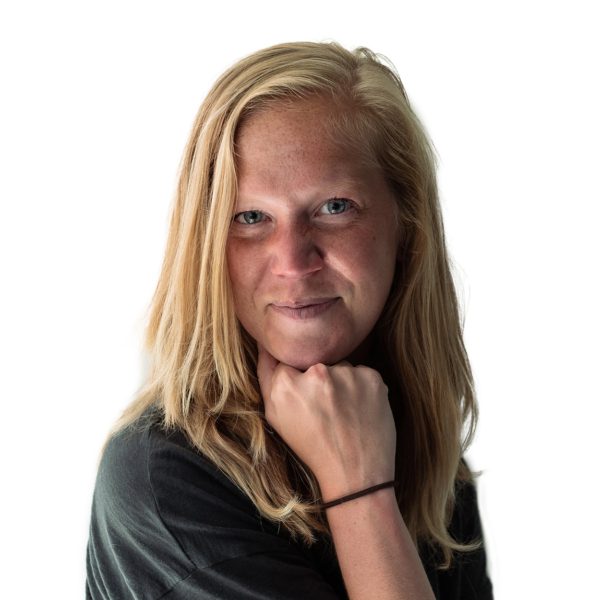 Rachel is a Midwest native with a West Coast vibe. She comes to Ecology Action with a depth of marketing experience and brings her skills for storytelling and social media to the marketing team. As the Digital Marketing Manager, Rachel is tasked with bringing the mission of Ecology Action alive on the web and in all communication efforts. Rachel finds her inspiration on two feet and is always searching for the best roads or trails to run. 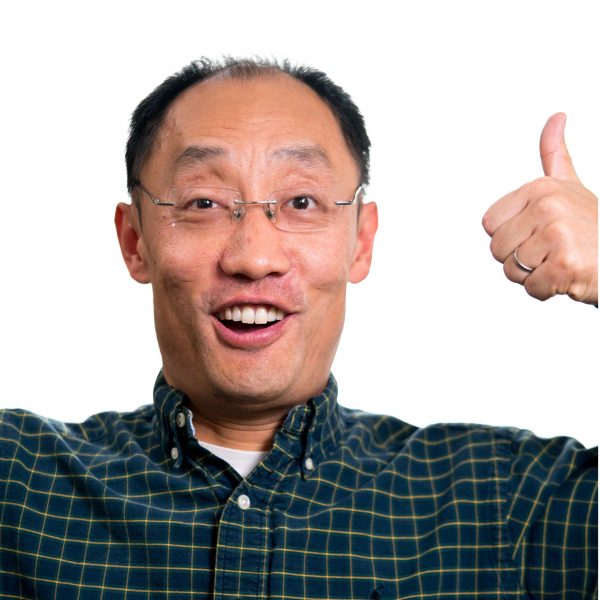 As Director of Engineering, Richard Ma is an integral member of Ecology Action’s Energy Team. In addition to heading up the Engineering team, Richard has performed robust investment-grade audits for commercial and industrial buildings for our energy efficiency programs since 2013. With over 9 years of experience in energy efficiency, Richard is an expert at developing comprehensive customized measures and calculating savings using eQuest and Bin analysis. A licensed Professional Engineer and a LEED Accredited Professional, Richard earned his Ph.D. in Mechanical Engineering from Stanford University. 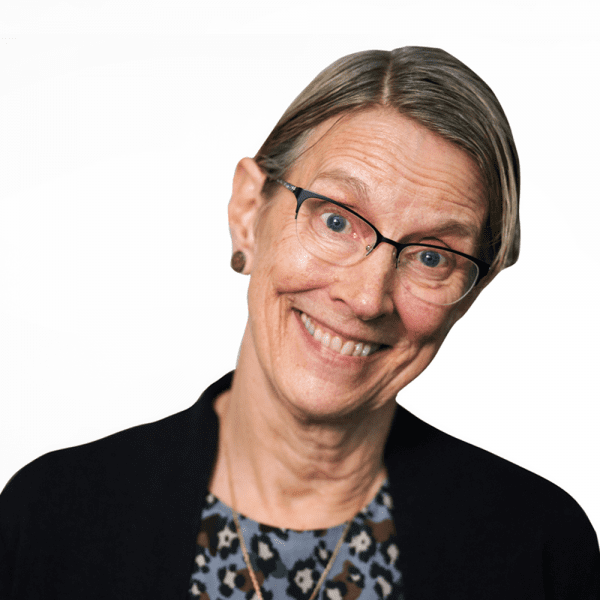 Sarah is an independent consultant with a distinguished career of more than 30 years of international experience in policy and advocacy within government, the private sector, and philanthropy. Her recent experience includes acting as VP and Center Director for the Center for Policy and Advocacy in Washington DC, and Director for USAID’s Health Policy Project. She also worked for the David and Lucile Packard Foundation as Director of the Population Program where she led one of three emblematic grantmaking programs for the foundation. During her long career, she has been active as a development professional in many countries including Haiti, Ethiopia, India, Kenya, Mali, Mexico, Morocco, Nigeria, Pakistan, the Philippines and Yemen. Sarah holds a PhD in Sociology from Brown University, and an MA and BA in Sociology from the University of Tennessee. 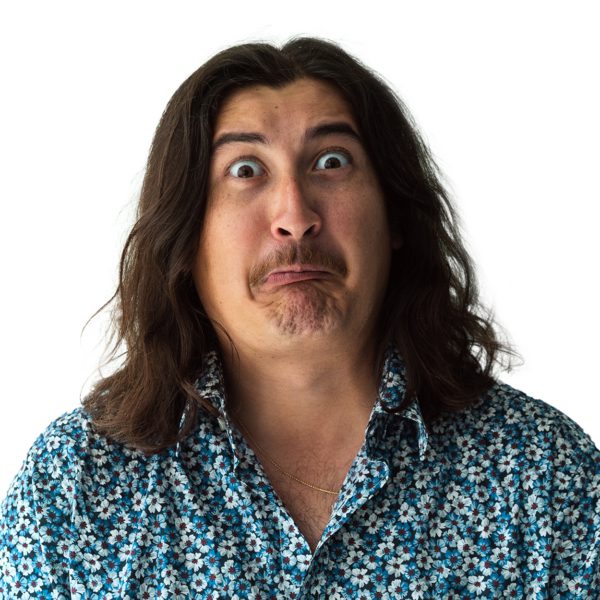 As a Transportation Justice Coordinator, Sebastien provides 1:1 EV purchase guidance to Central Coast residents, tables community events, and supports the EVs For Everyone Program through various capacity building projects. Sebastien is a graduate of Boston University and holds a BA in Political Science and a BFA in Acting. He is both trilingual and a triple threat, since he can speak English, French, and Chinese as well as act, sing, and dance!

As a Software Engineer on the Ecology Actions Business Informatics team, Stan helps build the software tools and processes that Ecology Action uses to serve its customers, partners and community. He enjoys using the latest technology to solve problems and enable others to do their best work. 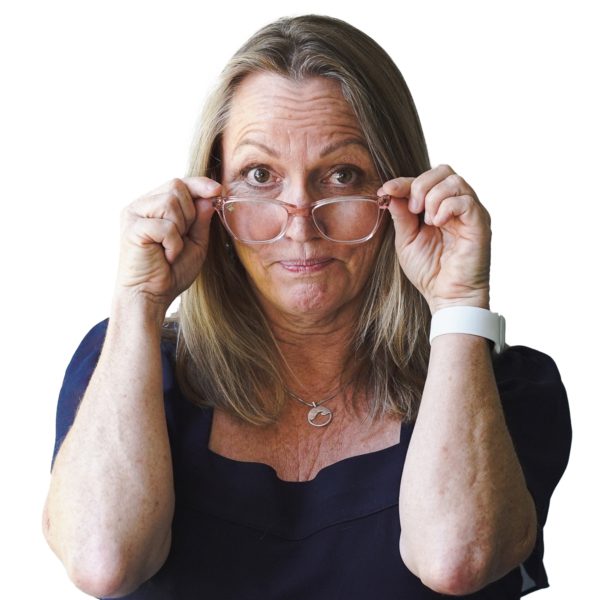