Over two days in September, a group of elected officials, traffic engineers, and advocates from Santa Cruz County gathered with Dutch transportation planning experts to consider both large and small ways to improve bicycling in our community. We co-sponsored the workshop in partnership with Gazelle Bikes. The workshop was led by the Dutch Cycling Embassy, a network of public and private partners who work together to create bike-friendly cities. Over the course of the two-day workshop, attendees took a deep dive into Dutch bike infrastructure design and brainstormed ways to incorporate what they learned into Santa Cruz County infrastructure. 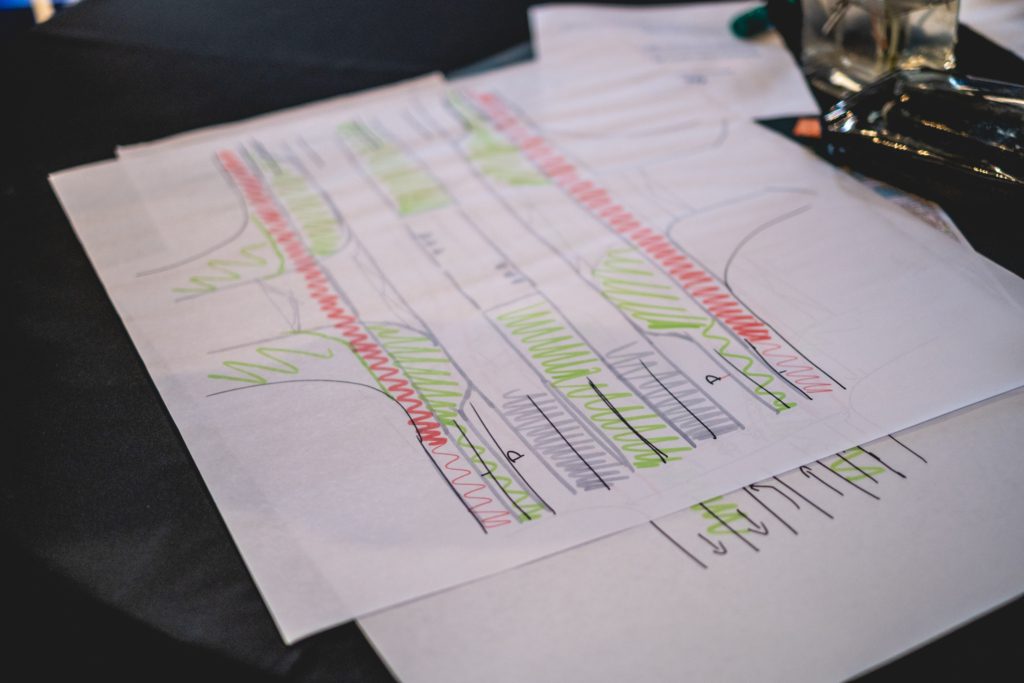 The Netherlands is a famously bike-friendly country, and its flat terrain and compact cities contribute to high rates of bicycling. But the Dutch planners emphasized that this has not always been the case. In the 1950s and 1960s, their country was becoming just as car oriented as the U.S. The increased dependence on cars after World War II led to a dramatic increase in traffic deaths, with a peak of 3,300 deaths in 1971. Four hundred of those killed were children, and this created a backlash as people organized and protested car-dominated streets. The oil embargo of 1973 also helped turn public opinion against driving as the cost of oil dramatically increased. Ultimately, the public protests and advocacy were successful, and cities throughout the Netherlands started experimenting with ways to safely accommodate bicyclists. There are now 22,000 miles of bicycle paths throughout the Netherlands, and more than a quarter of all trips are made by bike.

The group learned that a Dutch bicycle path bears little resemblance to the bike lanes we see throughout our county. A typical Dutch neighborhood connector street (the equivalent of Soquel Drive or Capitola Road) has one lane for cars in each direction, separated by a tree-lined center median. Vehicle speeds are designed to be slow, with narrow lanes encouraging drivers to stay under 35 mph, but the Dutch maintain traffic flow by replacing traffic lights with roundabouts, so drivers stop less frequently. There is another set of landscaped medians between the car lanes and the bike lanes, creating a safe and comfortable environment for cyclists. The bicycle paths continue through intersections, which removes the conflict points that are often the cause of collisions in the U.S. 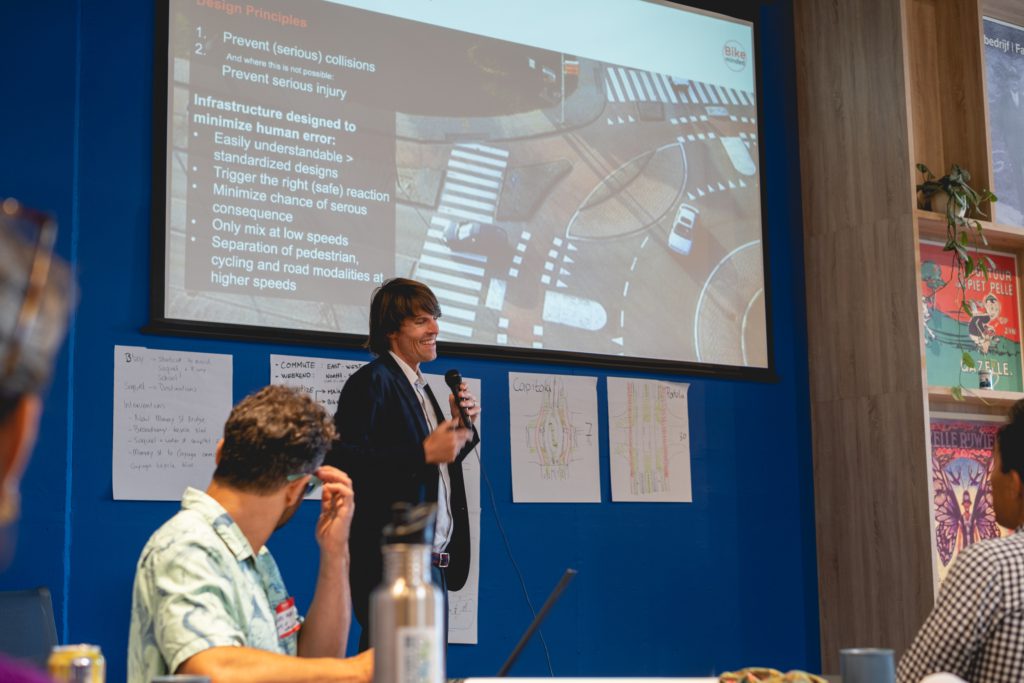 A major takeaway from the workshop is that the Dutch designs can improve the travel experience for car drivers as well as cyclists. Traffic speeds are slower but more consistent and having designated space for everyone reduces confusion and stress. The Dutch planners brought an interesting focus on psychology and physiology to their work – for example, reducing traffic speeds so that drivers have time to see and avoid potential collisions, which is also a core tenet of the Vision Zero movement here in the U.S.

Workshop participants were encouraged to think big and envision an innovative bike network throughout our community. Together, participants redesigned intersections in the Dutch style, including Bay Street at High and 7th Avenue at Capitola Road. Time was devoted to designing Dutch-style roundabouts and bike facilities at key locations with an emphasis on congested streets through Santa Cruz, Live Oak, and Capitola. Groups also considered ideas for bike-friendly policies and discussed ways to increase bike parking throughout the county. You can check out a short video overview of the workshop here! 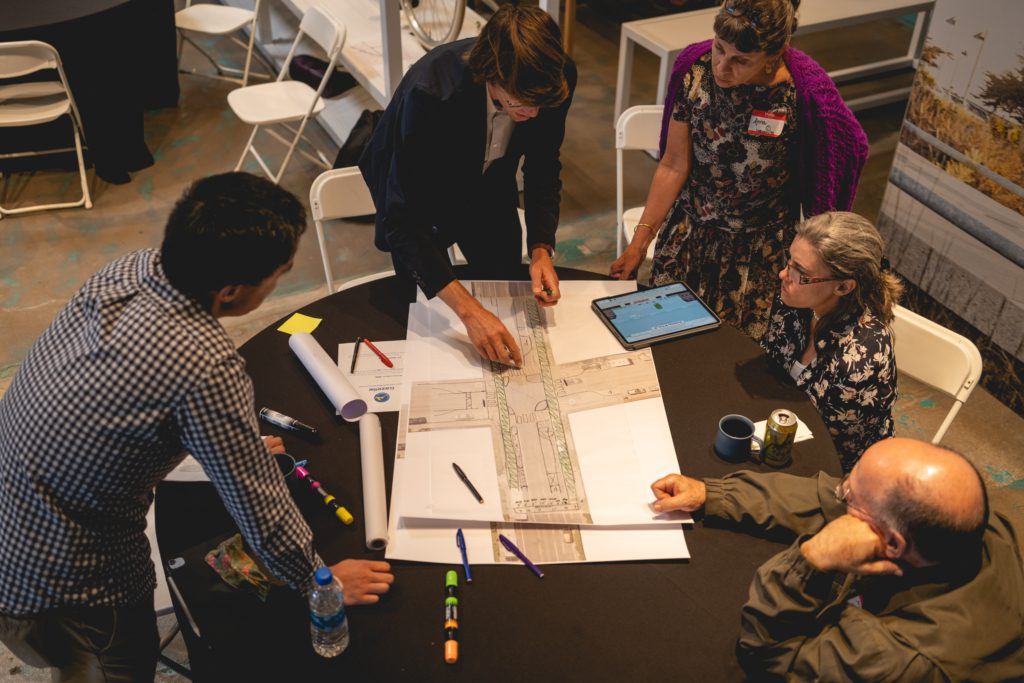 At the end of the workshop, attendees were left energized and inspired by the possibilities for Santa Cruz County. Representatives from the California Transportation Commission were in attendance and are considering holding Dutch style workshops throughout the state. We are working on ways to keep the momentum going locally and share what we learned with a wider audience – stay tuned for updates!