The current COVID19 crisis is altering our lives in many ways – creating anxiety and concern. One thing we can do to de-stress is still hop on our bikes for a ride despite the Santa Cruz County Shelter in Place Ordinance. Biking is an ordinance acceptable outdoor activity when practicing social distancing. We at Ecology Action have picked 5 location-specific bike paths to ease those commuters into biking to work. Our favorite paths are in Santa Cruz, Live Oak, Capitola, Aptos, and Watsonville.

Getting around Santa Cruz by bike is a good way to see the town without the many burdens of driving. But a lot of folks who live within biking distance of their frequent destinations and who are physically fit enough to ride don’t do it because they don’t feel comfortable biking in car traffic. Paved bike paths offer a safer and more comfortable experience, and many people prefer to bike on paths without cars. Locally, we are in the process of getting sections of the car-free Coastal Rail Trail built (the section on the west side will hopefully be finished in 2020). But what car-free bike routes are available today for people who want to bike for transportation?

Cycling doesn’t just provide a healthy and low-cost way to travel, it can sometimes be quicker than driving. The local bike paths and cut-throughs often allow those on bikes to take a more direct route while enjoying tucked-away open spaces, creeks, and beaches. Some of these paths aren’t readily apparent. We aim to unveil some of these lesser known paths.

Here are a few of our favorite neighborhood bike paths: 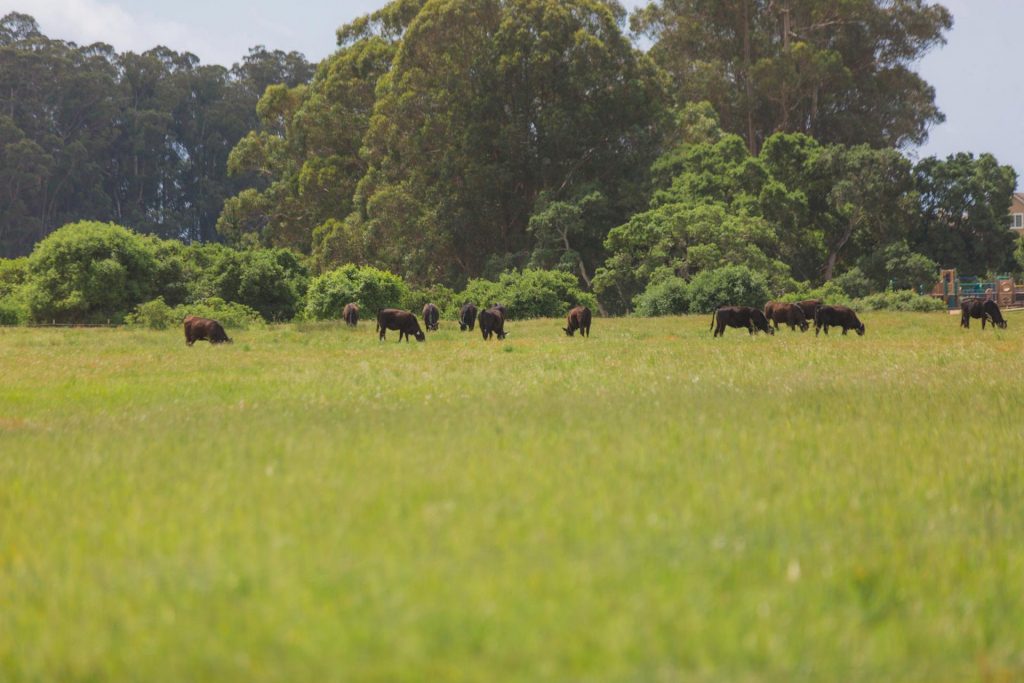 Arana Gulch Path: This scenic half-mile trail connects downtown and the east side of Santa Cruz to Live Oak. The path winds through the City’s 63-acre greenbelt space situated at the back of the Santa Cruz Yacht Harbor. It offers a pastoral view of the Santa Cruz Mountains, creek crossings, rolling meadows, cows grazing, and gnarled oak trees. Arana Gulch Path is a more direct, safer, and more comfortable route than the heavily trafficked Soquel Avenue or East Cliff/Murray for people on bikes headed in either direction between downtown Santa Cruz and Live Oak.

The paved path features two hills, so be careful on the descents, as it is popular for dog walking, families, and people of all ages out for a stroll. You’ll have to exert yourself on the uphill slopes, especially if you’re riding a beach cruiser. 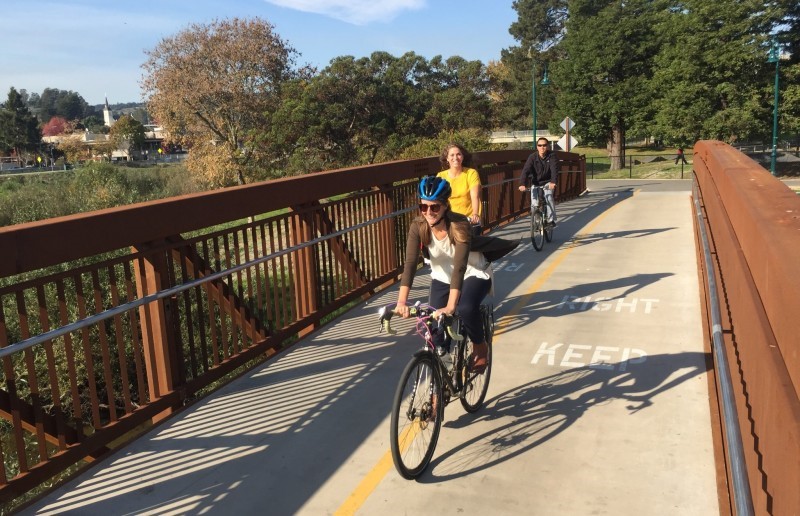 Branciforte Creek Trails: These 3 sections of not-so-easy-to-find paved paths are about .6 miles long and follow the Branciforte Creek as it winds toward its terminus at the San Lorenzo River through the Ocean Street/Market Street area of Santa Cruz. The terrain is flat, with a few neighbors out walking their dogs. The path goes through a seldom-seen section of Santa Cruz, as it connects neighborhoods to the 701 Ocean Street County Building and the Emeline County Health Care Service Buildings. Path access is restricted to daylight hours.

Path Over Soquel Creek: This hilly path connects Soquel Wharf Road and the Nob Hill Shopping complex off Bay Avenue in Capitola. It features a bikes-separated-from-pedestrians bridge over the deep Soquel Creek canyon. The east side of the trail starts at the back of the Nob Hill Shopping Center, so cyclists should be watchful of cars pulling out of and into parking spaces. It is a nice way to avoid the heavy car traffic on Cliff Drive. 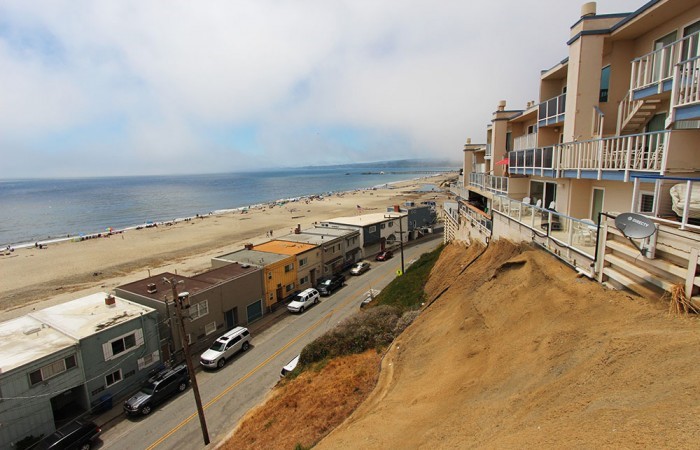 Seacliff Park Beach Path (Cut-Through): This route is more of a beachside cut-through than a car-free path. A very short section is off-limits to cars and allows cyclists to travel from Seacliff State Beach to Rio Del Mar Boulevard/Neighborhood along Los Olas Drive. This beach route features one steep hill at the entrance to Seacliff Park, so be careful descending and prepare yourself for a huff when biking uphill. Enjoy the sweeping views of the Monterey Bay, the sunken ship, and the crashing waves. 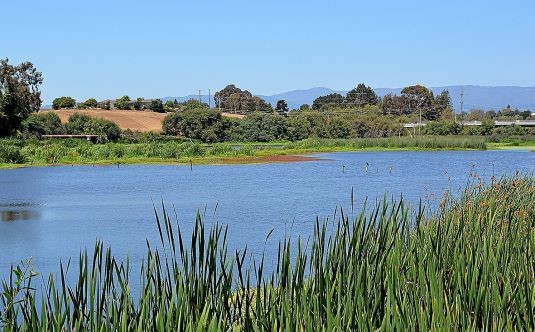 Watsonville Slough Trails: The City of Watsonville has developed a well-connected slough trail system that connects residents to some shopping and activity centers as well safe and all-age recreation. These trails offer access to the City’s stunning 800-acre freshwater wetland. More than 7 miles of trails and 29 trail entrances in Watsonville neighborhoods offer many opportunities to enjoy the natural beauty of our special wetlands for everyday travel, recreation, and relaxation. These trails aren’t paved, so wide tires are recommended for less experienced cyclists.

We actually have many local bike paths. Although most are relatively short, they do offer some relief from biking in auto traffic. These bike paths offer a pleasant break from local streets and sometimes a short cut. This list is only a sample of the bike paths throughout the various areas of the county.

If you see a hazard report it. You can notify the Santa Cruz County Regional Transportation Commission of obstacles or hazards that may inhibit bike or pedestrian travel by submitting a hazard report. These reports are forwarded to the appropriate local jurisdiction for action. Reports may be submitted at any time.