People for Bikes, the organization based in Boulder, Colorado, started in 1999 to get more people riding bikes more often and make bike riding better for everyone. They recently published their annual City Ratings, which details how cities across the U.S. stack up on their bicycle networks (physical infrastructure) and community scores (social infrastructure).

The network score is made up of six categories:

The community score is made up of four categories: 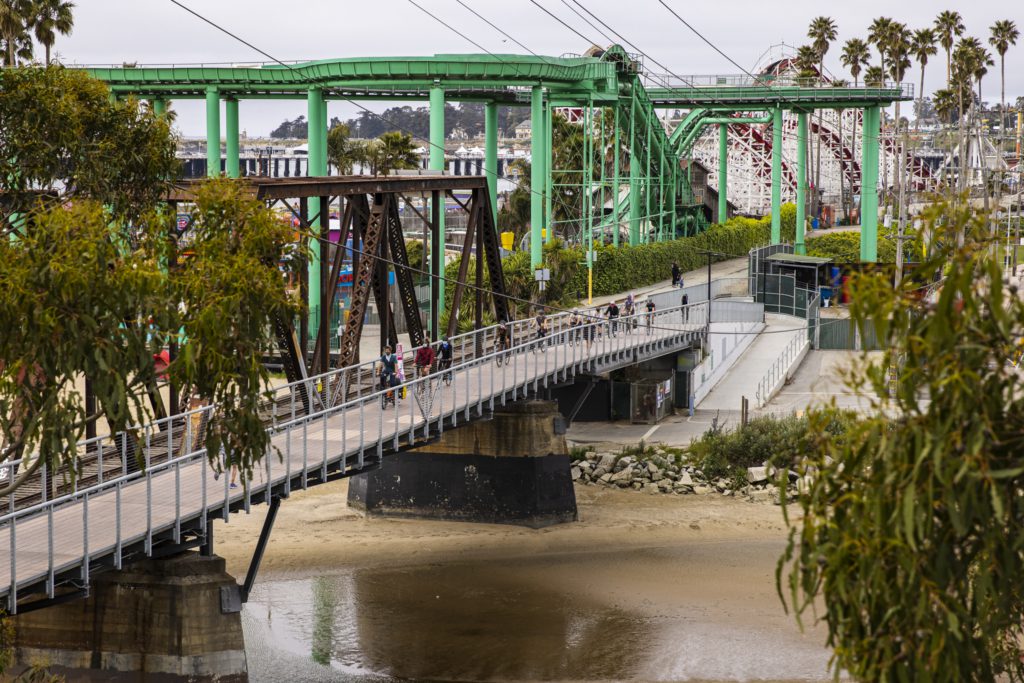 These city ratings can provide a helpful rubric to examine various facets of what makes a place bike-friendly. Let’s examine the City of Santa Cruz rankings, in part because it’s the only local city that has both the network score and community score complete, but also because the ratings present a compelling story. For anyone who lives in Scotts Valley, Capitola, or Watsonville, please head to the respective city rating pages and complete the community survey.

What does the City of Santa Cruz rating tell us?

As my coworker Jordynn Dorado wrote in a great article earlier this year, there is a prolific number of bicycle ingredients in this county from organizations to bike shops, several bike companies, hand-built bike builders, and more that create a bike rich social mosaic. No doubt, this is a major contributor to the City of Santa Cruz’s much higher than average community score.

This disproportionate rating might also explain why Santa Cruz County was just recommended for a historic level of funding from the California Active Transportation Program (ATP). 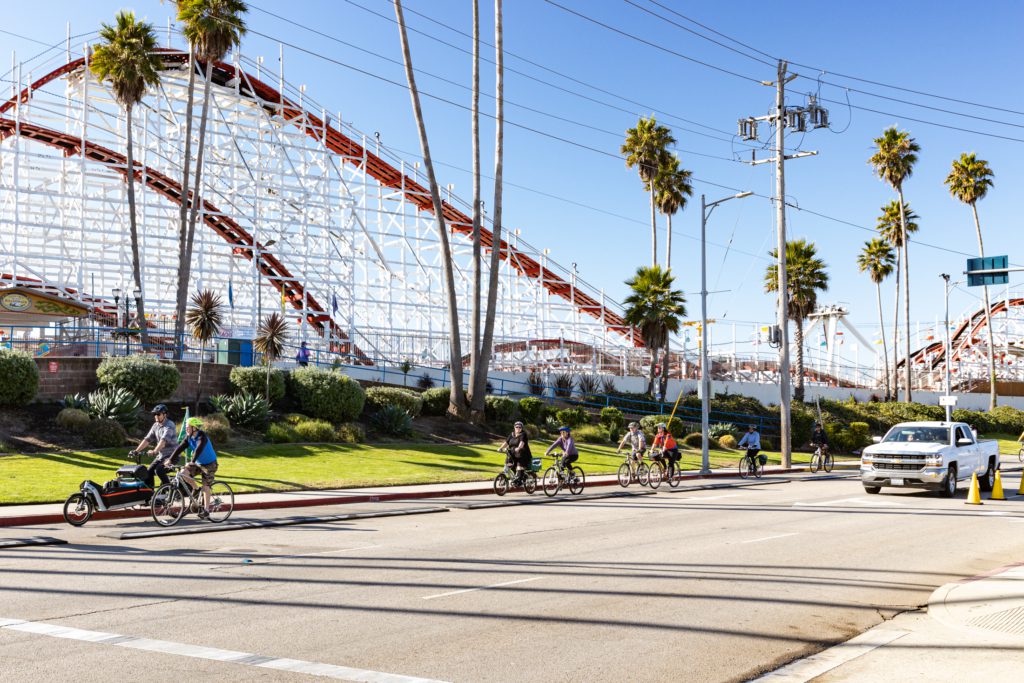 As of October 20, Santa Cruz County received word that it has been recommended for $115M in funding from the California Active Transportation Program for active transportation projects across the county in six different projects. Among the projects, segments 8, 9, 10, and 11 of the rail trail have been recommended for funding. That award represents nearly 11% of overall ATP funding even though Santa Cruz County makes up less than 1% of California’s population. Santa Cruz has already done so much to prepare and ready our community for transformational projects. These projects complete bike networks, build new infrastructure, and connect more people to more places easily by bike.

With such a high community score, and some large-scale projects on the way that will address our lower scoring areas of bike safety and bicycle network, the future for a bicycle accessible and inclusive county is bright!

Over two days in September, a group of elected officials, traffic engineers, and advocates from…